In the days leading up to their 20th Anniversary extravaganza sale, “Prime Day”, Amazon hyped an event that they declared would have “more deals than Black Friday”. They teased about major savings on electronics, home appliances and baby products. By all accounts this event would be huge!
Just hours into the sale, however, Prime Day was being widely condemned by consumers. By midday the hashtag #PrimeDayFail was trending on Twitter and the sale offerings, which included such items as a 55 gallon tub of water-based lubricant and 5-pack of brass knuckles, were being mocked across various media platforms.
So how did Amazon respond to their public flogging, given the age-old mantra “the customer is always right”? Well, apparently, the customer was not right in Amazon’s eyes and, in a surprisingly defensive move, the online giant began to publically counter consumer sentiments throughout the event, declaring it to be a runaway success before the sale was even close to being over.
So what really happened?!?!
Well, understandably, Amazon was reporting vastly greater sales than a regular July week day, but that’s hardly impressive. They also declared more units sold than Black Friday, which again makes sense if customers were right and all that was available were lots of random small items, rather than the promised and promoted big-ticket electronics and home appliances. So let’s be realistic. I’m sure that Amazon did make gobs of money during their inaugural Prime Day Sale, however, their attitude towards customer satisfaction left a sour taste in many mouths, including mine, which is something they might want to reconsider prior to marketing their next big celebratory sale.
read it here 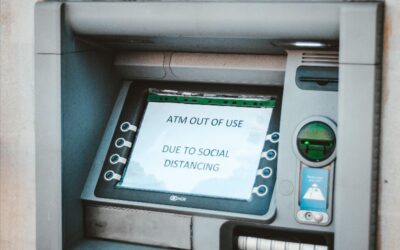 Leadership In Times of Crisis – Vol. 5

END_OF_DOCUMENT_TOKEN_TO_BE_REPLACED

Beware the Myths About Strategy

Is it possible … there are things you don’t even know you don’t know about setting strategy? Without even realizing it, have you succumbed

END_OF_DOCUMENT_TOKEN_TO_BE_REPLACED

Why We Forget Most of What We Learn

Are you spending a lot of money on training and development at your organization, but constantly feeling you just aren’t getting the bang for your buck you hoped for?  Do you look for evidence of new learning, but find very little seems to be retained and applied?

Your message was sent.

We will be in touch with you shortly.